Environmental Justice Legacy Pollution Cleanup Act of 2021 Sign On Letter – Join Now! We are asking you and your organization to sign on to a Letter of Support for … Continued 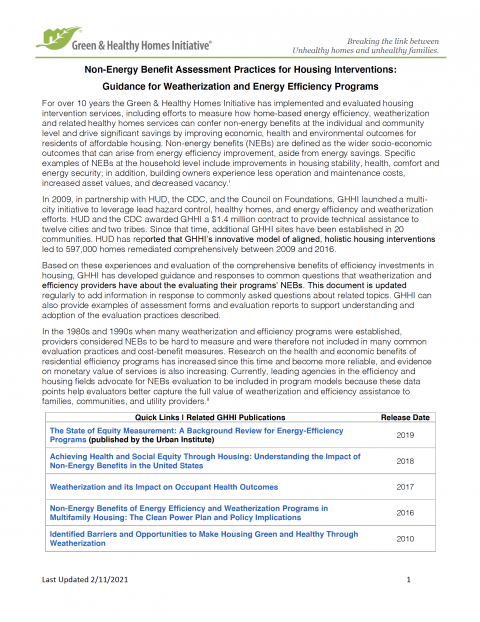 For over 10 years the Green & Healthy Homes Initiative has implemented and evaluated housing intervention services, including efforts to measure how home-based energy efficiency, weatherization, and related healthy homes services can confer non-energy benefits at the individual and community level and drive significant savings by improving economic, health and environmental outcomes for residents of affordable housing. Non-energy benefits (NEBs) are defined as the wider socio-economic outcomes that can arise from energy efficiency improvement, aside from energy savings. Specific examples of NEBs at the household level include improvements in housing stability, health, comfort, and energy security; in addition, building owners experience less operation and maintenance costs, increased asset values, and decreased vacancy.

Over the last 100 years, the average life expectancy for American citizens has increased by nearly 25 years (from 54.1 years in 1920 to 78.6 years in 2017). At the same time, birth rates have fallen by over 50%, from 3.65 births per woman in 1960 to 1.76 births per woman in 2017. These dual processes have resulted in both a growing elderly population and a shrinking youth population. Accordingly, the challenges facing elderly Americans have and will continue to become a significant burden to our nation. 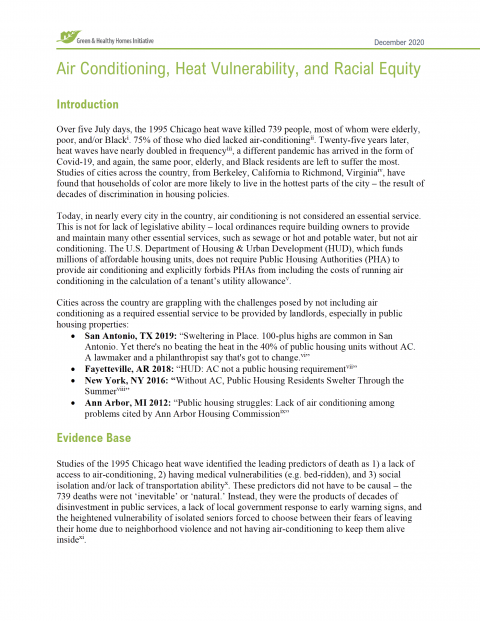 Over five July days, the 1995 Chicago heatwave killed 739 people, most of whom were elderly, poor, and/or Blacki. 75% of those who died lacked air-conditioning. Twenty-five years later, heat waves have nearly doubled in frequency, a different pandemic has arrived in the form of Covid-19, and again, the same poor, elderly, and Black residents are left to suffer the most. Studies of cities across the country, from Berkeley, California to Richmond, Virginia, have found that households of color are more likely to live in the hottest parts of the city – the result of decades of discrimination in housing policies.

ProMedica National Social Determinants of Health Institute Announces Partnership with GHHI to Improve the Health of Individuals and Communities by Improving the Safety and Energy Efficiency of Homes April 7, … Continued 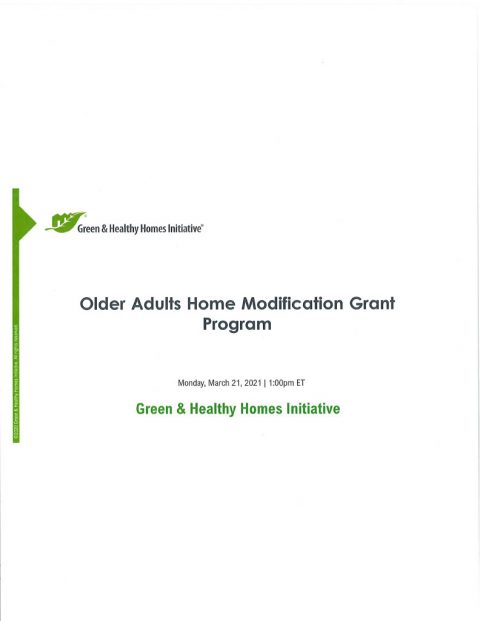 The Green & Healthy Homes Initiative and HUD’s Office of Lead Hazard Control and Healthy Homes provided a Webinar training and question and answer session on March 22, 2021 on … Continued

In December 2020, the National Heart, Lung, and Blood Institute (NHLBI) of the National Institutes of Health released a set of focused updates to the Guidelines for the Diagnosis and … Continued