Home > About Us > Board of Directors > Paul Young 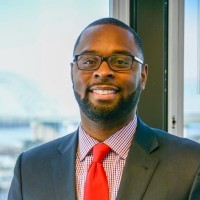 Paul A. Young is the President and CEO of the Downtown Memphis Commission (DMC) where he leads the DMC in driving the City of Memphis Downtown’s role as the economic, cultural, and governmental core of the city and county. The DMC is funded by an assessment on commercial property in the Central Business Improvement District (CBID), which is reinvested into funding incentives and activations designed to support the growth of both the Downtown’s population and appraised commercial property values.

Mr. Young recently served as the Director of the City of Memphis Division of Housing and Community Development (HCD) which is responsible for coordinating community and economic development projects and initiatives throughout the City of Memphis. The agency has an annual budget of over $16 million and is the agency that receives federal entitlement funds on behalf of the City. With over 80 employees, Mr. Young helped to direct the programs and services of the agency and served as the point person for major development initiatives for the City.

Mr. Young is an accomplished professional with over 10 years of experience in urban planning, government affairs, and real estate finance. He successfully led initiatives and programs that have made a significant impact in the community, including regional planning for green spaces and transportation, sustainability programs, affordable housing developments, and legislative initiatives to name a few. He has diverse background having worked in private, non-profit and government sectors, providing a unique perspective and skill set. Solution oriented leader that uses effective communication and consensus building to achieve positive outcomes.