Home > About Us > Board of Directors > Joy Thomas Moore 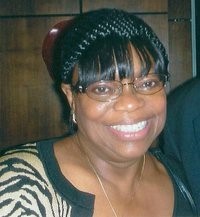 Joy Thomas Moore is the President and CEO of JWS Media Consulting, dedicated to finding innovative ways to use media and messaging techniques to further and deepen the goals of her clients.

Prior to devoting herself to her consulting business full time, Moore worked for 15 years with the Annie E. Casey Foundation, a private philanthropy dedicated to helping build better futures for disadvantaged children and families in the United States. She now works for them as a consultant. Her last fulltime position there was as Manager of Making Connections Communications and Media Projects. A primary responsibility was oversight of the communications efforts of the Foundation’s national initiative, Making Connections. This included coordinating activities that helped the sites craft and disseminate the messages critical to the advancement of the initiative’s goals of family strengthening and neighborhood transformation. Another responsibility was charting the direction of the Foundation’s media projects, primarily television documentaries, radio programs, and media-based community projects centered in the Foundation’s Making Connections sites.

Prior to joining the Foundation in 1992, Joy was a freelance writer and field producer in the New York City area, where she contributed to numerous local and nationally syndicated television programs, including ESSENCE: The Television Program, where for five years she was the senior writer for the weekly program. She later served as writer or field producer for the following productions: “Women Into the Nineties,” (WNBC, Winter, 1990); America’s Black Forum, hosted by Julian Bond, (1990-1992); and the critically acclaimed eight-part documentary series, “Images & Realities: African American Men” and its sequels, “The African American Family” (1992-1993) “African American Women” (1993), and as senior writer for “African American Children” (1994).

Prior to her work in television, Moore served in a variety of editorial positions at WMAL-AM radio, the ABC-owned and operated station in Washington, D.C. Her awards include among others a George Foster Peabody Award for Public Service for the 1972 documentary “Suffer the Little Children,” a multi-part radio series on sexually abused children; a No Greater Love Foundation award for radio documentary on the plight of children of Vietnam veterans in 1973; The Clarion Award for Public Service; and the Chesapeake Associated Press award for radio documentary excellence for a series on women caught in the cycle of alcohol abuse. During the period between 1974 and 1977, she also served as an adjunct professor in the Journalism Department at Howard University.

Her clientele includes, among others, the Annie E. Casey Foundation, Campaign for Grade-Level Reading, the Winthrop Rockefeller Foundation, the Ford Foundation, Center for Urban Families, and the Council on Foundations, the nation’s largest membership organization for corporate, family, community, and private foundations.

Moore serves as a member of numerous boards and committees including the Dean’s National Alumni Advisory Board at the American University School of Communications, Board member of Media Impact Funders, Maryland Public Television Foundation, the Mid-Atlantic Equity Consortium, Inc. (MAEC), and on the Advisory Board of the Clinton School Center on Community Philanthropy

She is also co-executive producer, with her son New York Times bestselling author Wes Moore, of a PBS documentary All the Difference. Premiering in September 2016, it traced the largely invisible and often crushing struggles of two young African American men from Chicago’s South Side. Statistics predicted that they would drop out of high school and never attend college. As they discovered, support from family, teachers and mentors made all the difference in defying the odds.

Moore’s inaugural book, The Power of Presence: Be a Voice in Your Childs Ear Even When You’re Not With Them, was released in September, 2018.

Moore earned both her B.A. in Urban Communications and a M.A. in Broadcast Journalism at the American University in Washington, D.C.  She has three grown children, two grandchildren and resides in Pasadena, Maryland.