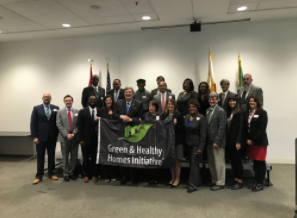 Green & Healthy Homes Initiative (GHHI) is excited to welcome the City of Memphis into their network of cities, counties, and states who are taking proactive measures to ensure healthy housing is made available to families and children living in underserved communities “Safe and healthy...

A recently released report in the by the US Public Interest Research Group (US PIRG) has revealed that at least some commerically popular fidget spinners contain high levels of lead Specifically, the Fidget Wild Premium Spinner Brass has tested at 33,000 parts per million (ppm) for lead The...

Falls are the leading cause of injuries and deaths among older adults  According to the Center for Disease Control (CDC), in 2014 there were 29 million reported falls among older Americans resulting in about 31 billion dollars in annual Medicare costs What makes these numbers shocking is not...

Recognizing the Need for Medicaid Reform

Recommendations for Reforming Medicaid from JAMA Forum article which can be located at https://newsatjamajamacom/2017/07/11/jama-forum-reforming-medicaid/ Summary  Medicaid program was originally passed by Congress in 1965 and now serves more than 70 million people in 4 categories: children... 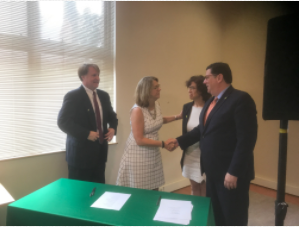 This summer has been busy and exciting for GHHI!  We have been honored to meet with elected officials and community leaders taking clear action to rid their communities of lead Since the revelations of lead poisoning in Flint, Pittsburgh has re-committed itself to the fight to eradicate lead in...